This chapter will introduce functions in C. Functions is one of the important concepts in the programming world. Not only in C language, the concept of functions comes into existence in other programming languages. There are many reasons for having functions. Sometimes it is very difficult to find out logical errors and after finding we need to correct them. When you write an extremely large program you will not know about the errors until and unless you compile the program. Now we have a solution for this problem. We can write some related programs which does some specific task and when they combine together they result in a complete program. These related programs are called modules or functions. Function is a sub program which is responsible for accomplishing a specific task. C program will have at least one function i.e. main() function. There is no limit on the number of functions you define in C program but there can be one and only one main function. The sequence of executing functions depends upon the sequence in which they are specified in main function. As soon as there is no function left for execution, program ends. Following flow diagram will explain the concept. 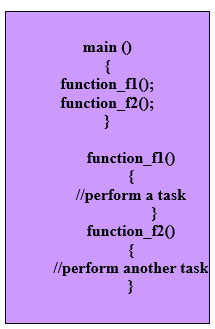 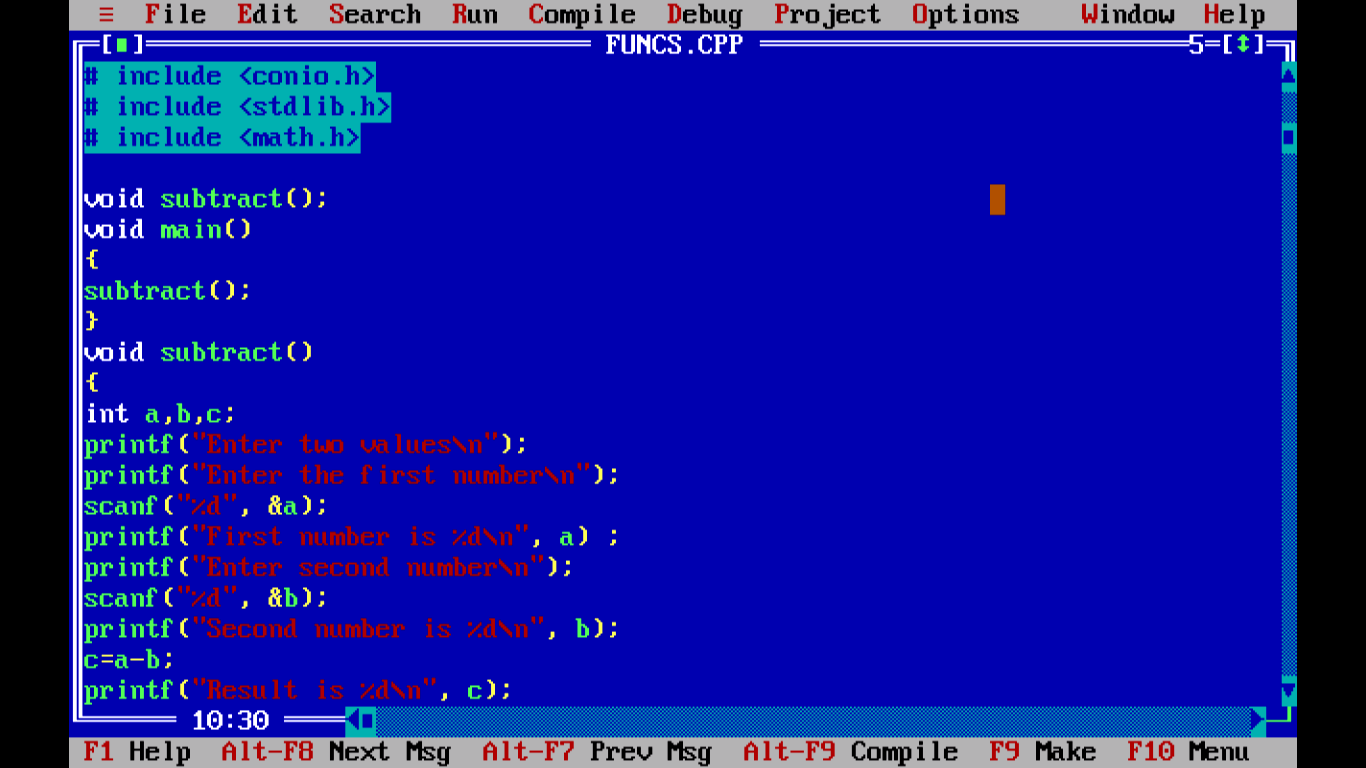 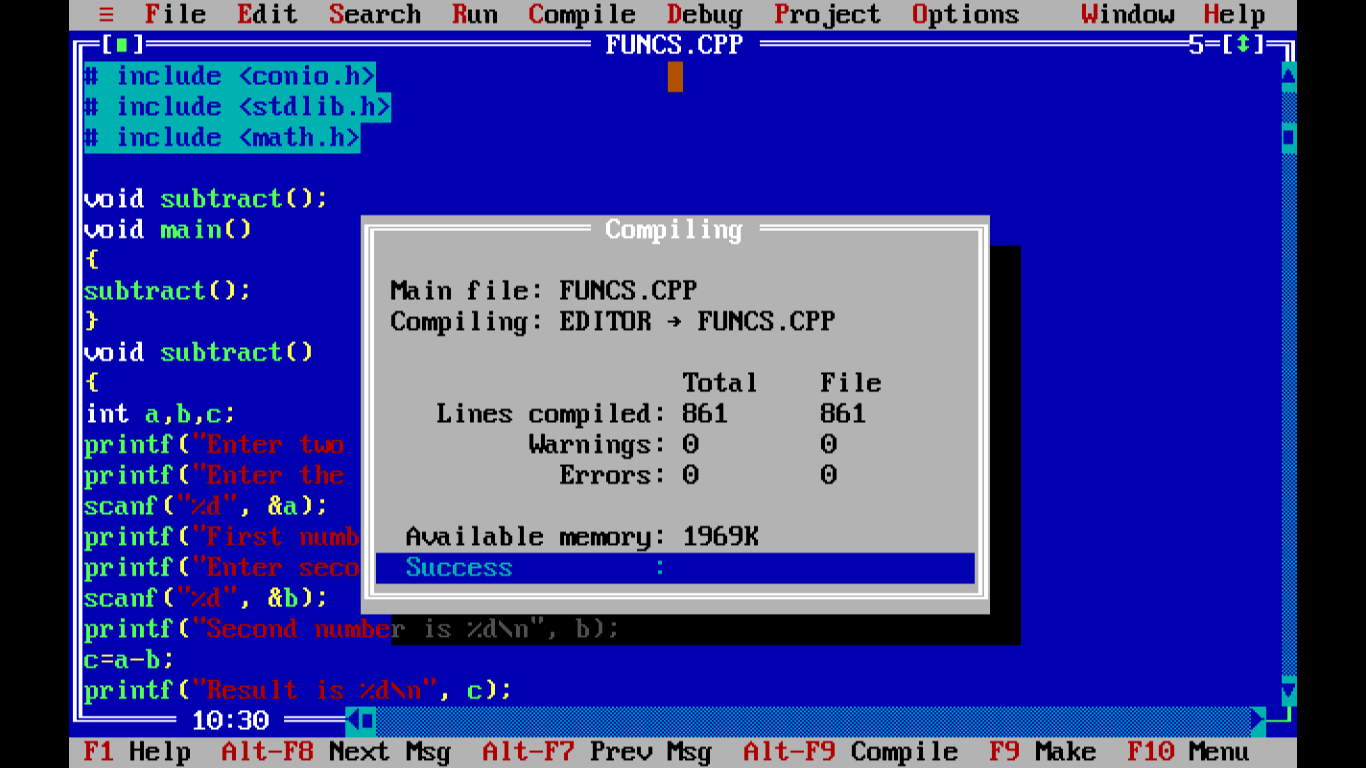 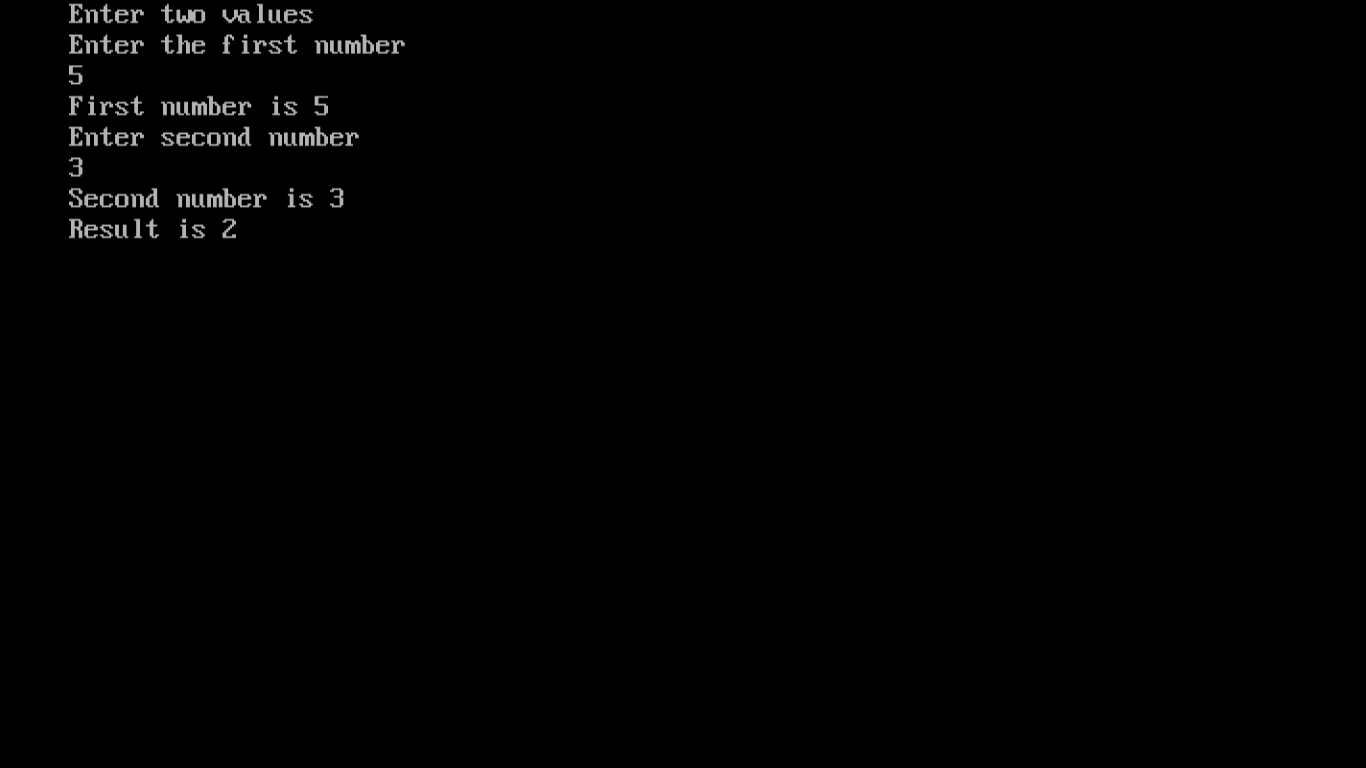 There are two different types of functions and they are as follows:

These are the function which we write. When we write functions, we avoid the need to re-write the code again and again. You write the code once and you can execute it again and again. You can call same function any number of times. There is one more advantage of writing functions and that is it becomes easier to keep track of what are we going to perform. Calling function is the one which is calling another function and called function is the one which is being called. In the above example, main() is the calling function and functions function_f1(), function_f2() are called functions.

Functions can also pass values. The road to communicate between called and calling function is called arguments or parameters. We have already used them. List of variables and string used inside the parenthesis of printf() function are arguments/parameters.

We have not encountered any program which actually returns a particular value but we will in preceding sections. We have to explicitly specify return keyword in the function if the called function is going to return any result to calling function. As soon as return statement is executed, the control is immediately transferred to calling function. You must be thinking then how we have executed the programs in the previous sections? The answer is we have used void keyword in front of main() function which means it has nothing to accept from any called function. Now there is one more important point to remember and that is a function can return only one value at a time. Let us take a glance on some important concepts. 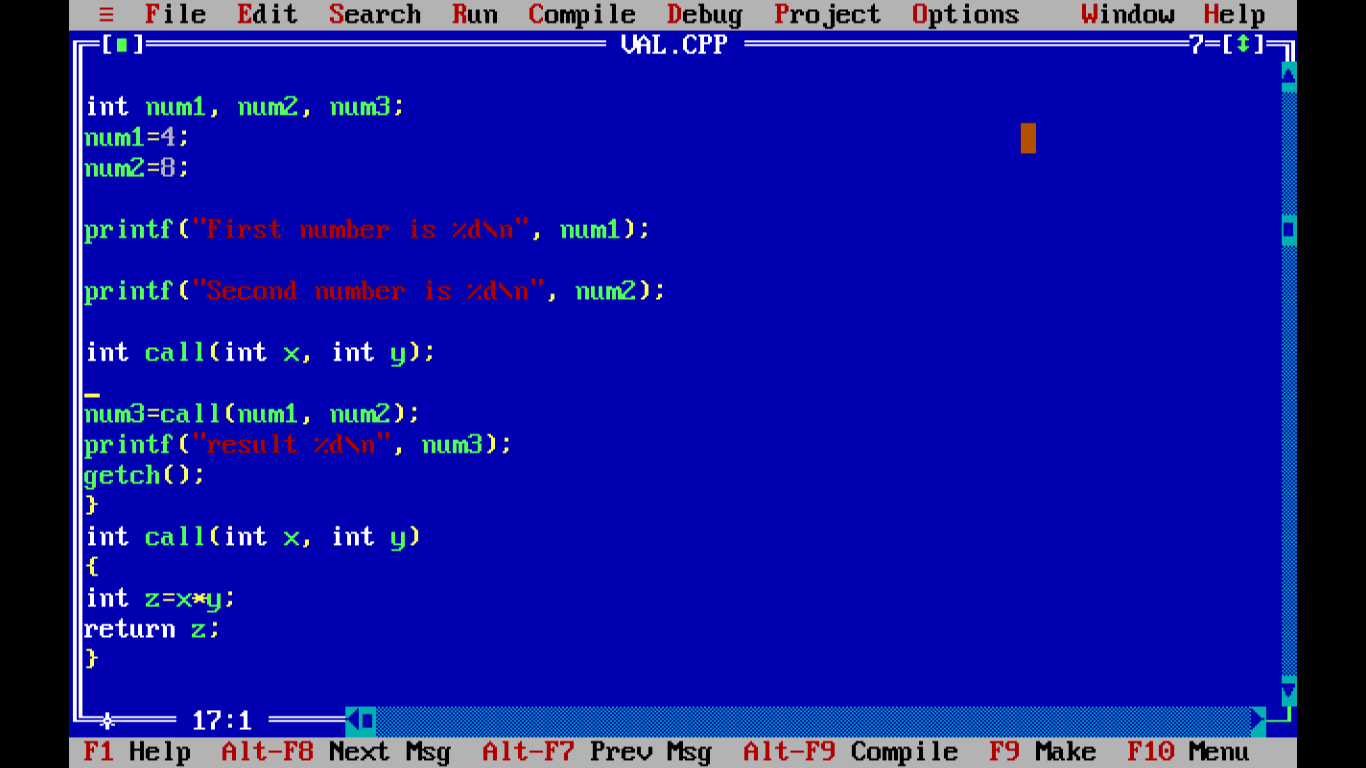 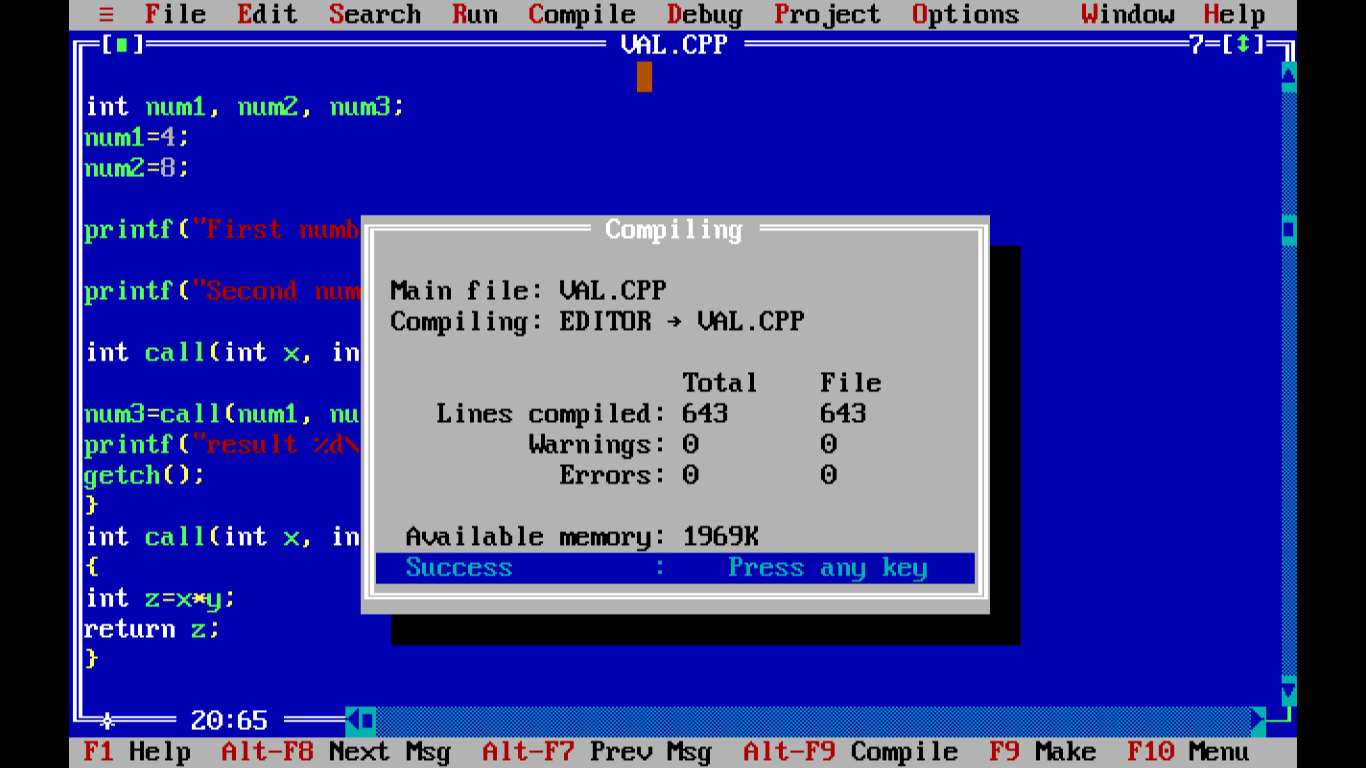 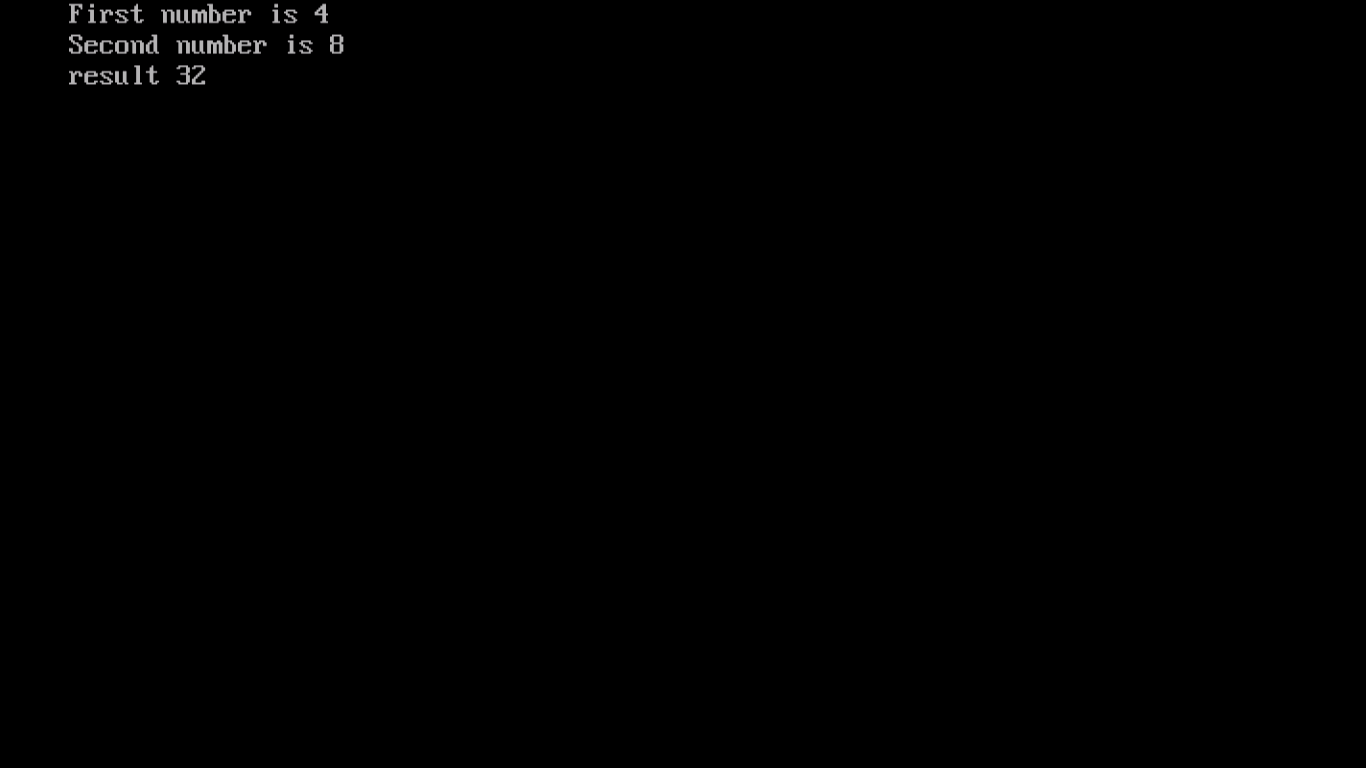 Call by reference is a method which passes address to calling function instead of actual values. Memory locations are referred here, not the values. In contrast to called by value, if there is any change made to value in called function then this change is also reflected in calling function. You must be thinking what is this address? The answer to this Pointers. We have a dedicated chapter for explaining pointers. It is one of important and complex concept in C language. Following program will illustrate the scenario of call by reference. 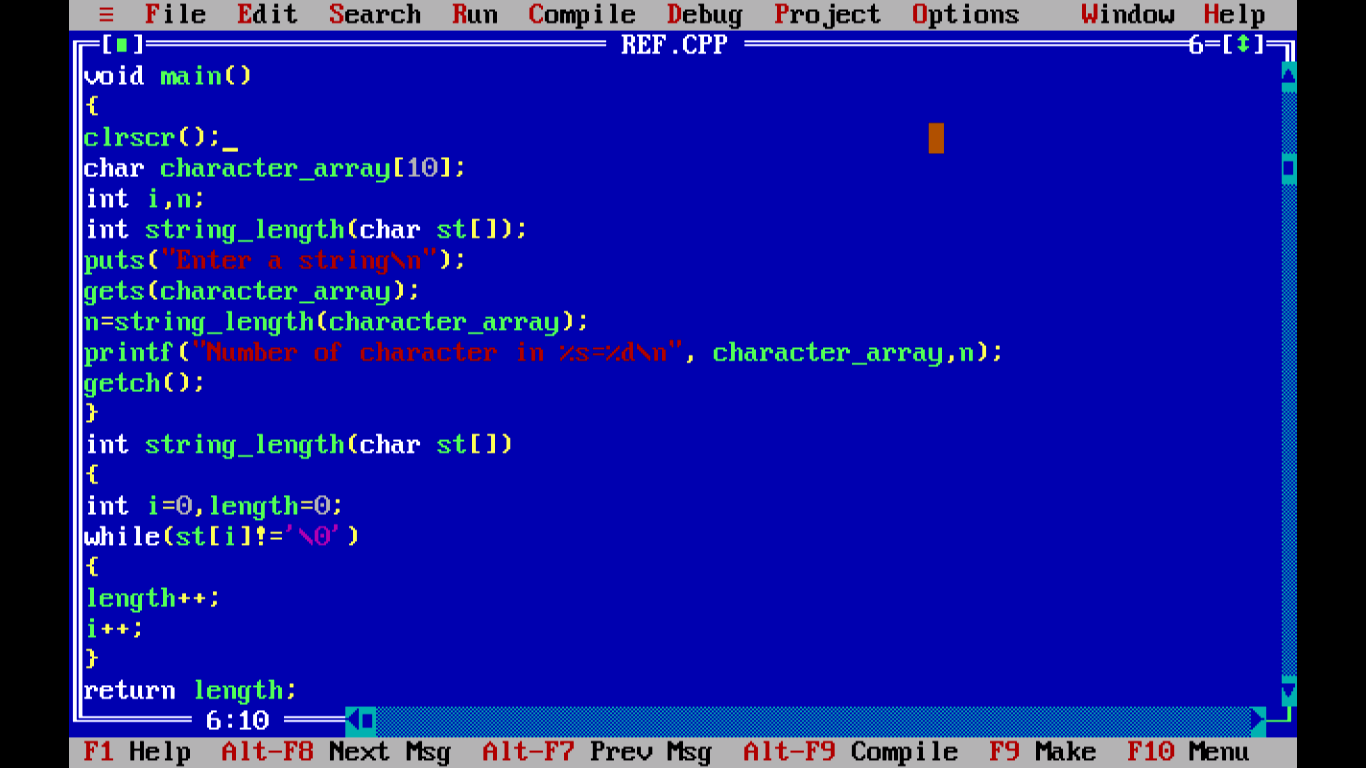 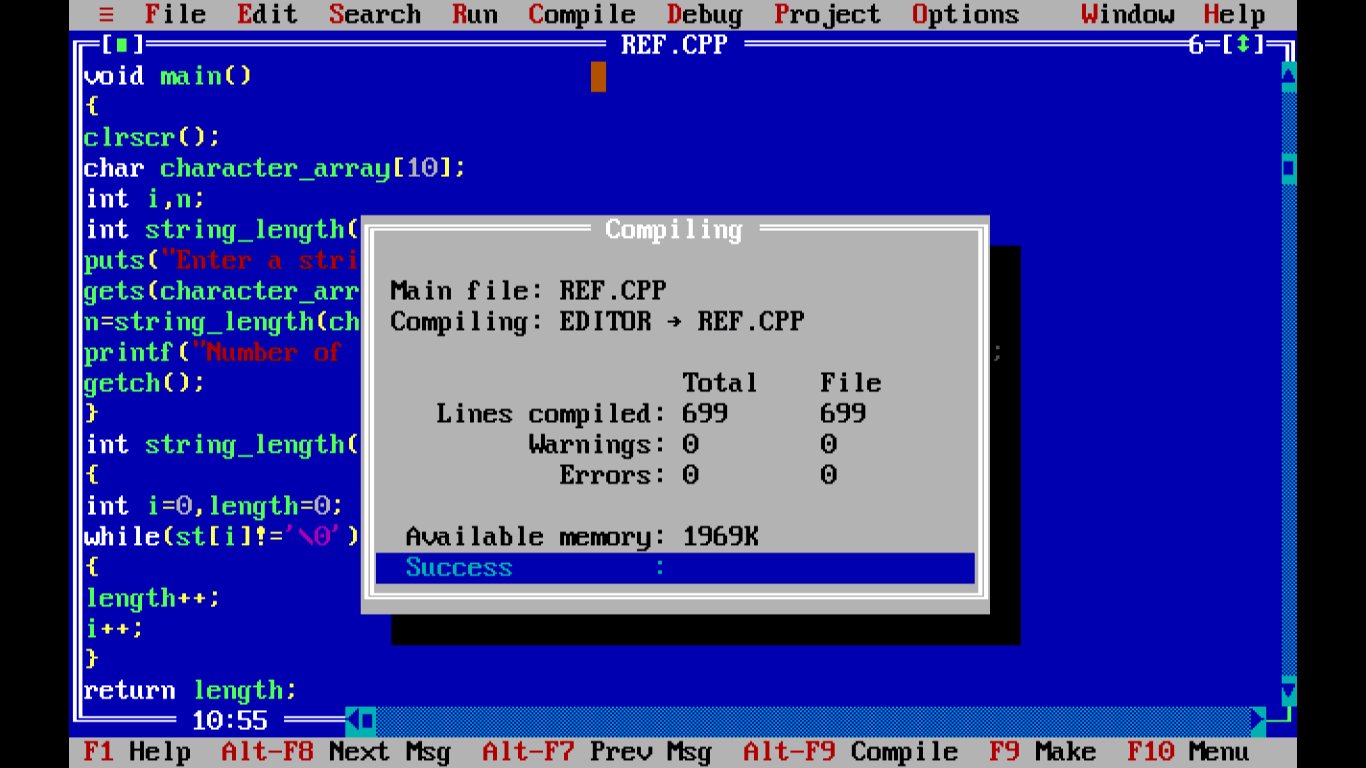 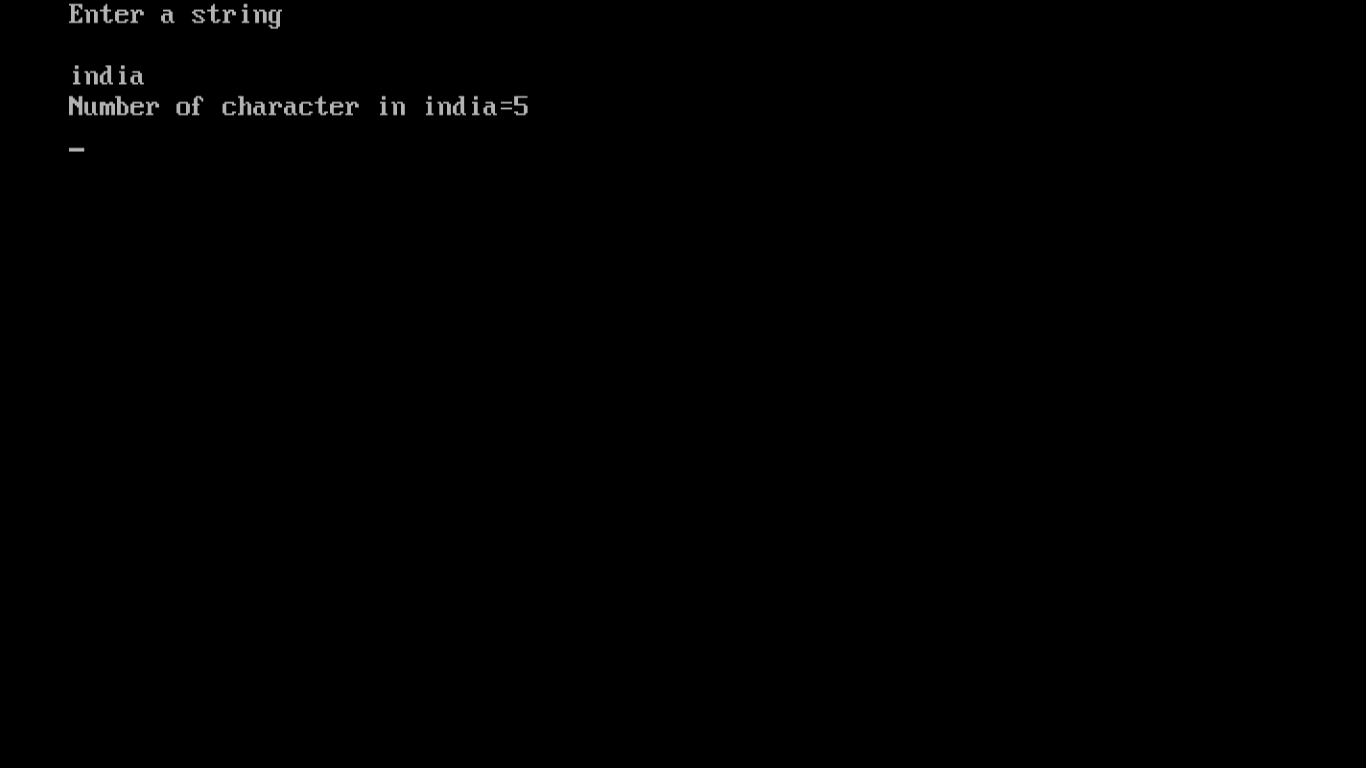 We are concluding this chapter. Next chapter is dedicated to C pre-processors. Thank you.