This chapter is going to introduce structures in C. Structures is one of the important concepts of C programming. Structure is known an user defined data type. You must be thinking when we have so many data types then why we need structures? You would remember that array is an collection of alike data items. Practically, we need to deal with miscellaneous collection of data items and that is possible because of Structure.

struct is the keyword and it is an indicator for compiler that  structure is being defined.

name_of_tag is usually an identifier which is the name of structure.

member_1, member_2 are called members or fields of structures.

Let us consider an example of defining structure,

employee is the name of structure which is an identifier

name, emplyee_id, salary are the members of structure. They are not variables hence  they themselves do not consume space in computer memory.

Since we know the way of defining structure so next step is to declare structure. Like other data types, we declare structure variables. Here, struct keyword is followed by the name of identifier which is the tag name. This is followed by variables list which are separated by comma and it is terminated by semi colon. Tag name or structure definition is not associated with memory but as soon as variables are associated with structure definition, compiler allocates memory. Variables are to be declared as shown below:

name_of_tag is the name of structure

variable_1, variable_2 are the structure variables.

Let us consider the above sample structure definition and declare variables according to that definition.

employee is the tag name

struct employee when combined togerthe represents data type. This is an derived data type which is derived from basic data types

it, operations, trainingi are variables of type struct employee and memory is going to be associated with it, operations and training respectively.

Member of a structure can be accessed and they are treated as separate individuals. For accessing a member we specify the name of variable followed by period (.) which is again followed by name of the member. Syntax is as follows:

variable_1 is representing the structure variable

member_1, member_2 are the respective members of the structure

Let us consider the above sample structure and find out the way to access it.

The size of each member of structure is as follows:

it.name is an array of characters which has 20 bytes.

it.employee_id is of type integer which is of 4 bytes

it.salary is of type double which is of 8 bytes

Now, there are chances to have size of structure not equal to sum of individual members and the reason is slack bytes. Usually, computers allocate memory for members sequentially on the basis of their size respectively. Sometimes members are allocated at some special boundaries which are known as word boundaries where additional bytes are padded at end of each member whose size is smaller as compared to largest data type so that address of each member begins at word boundary. These bytes do not contain any information and waste memory. These additional bytes which are added to maintain boundary are called slack bytes. Data present in word boundary can be accessed quickly hence slack bytes themselves are not useful but their presence can increase the rate of access.

Let us consider an example to illustrate the working principle of structure.

Snapshot of program looks in editor as follows: 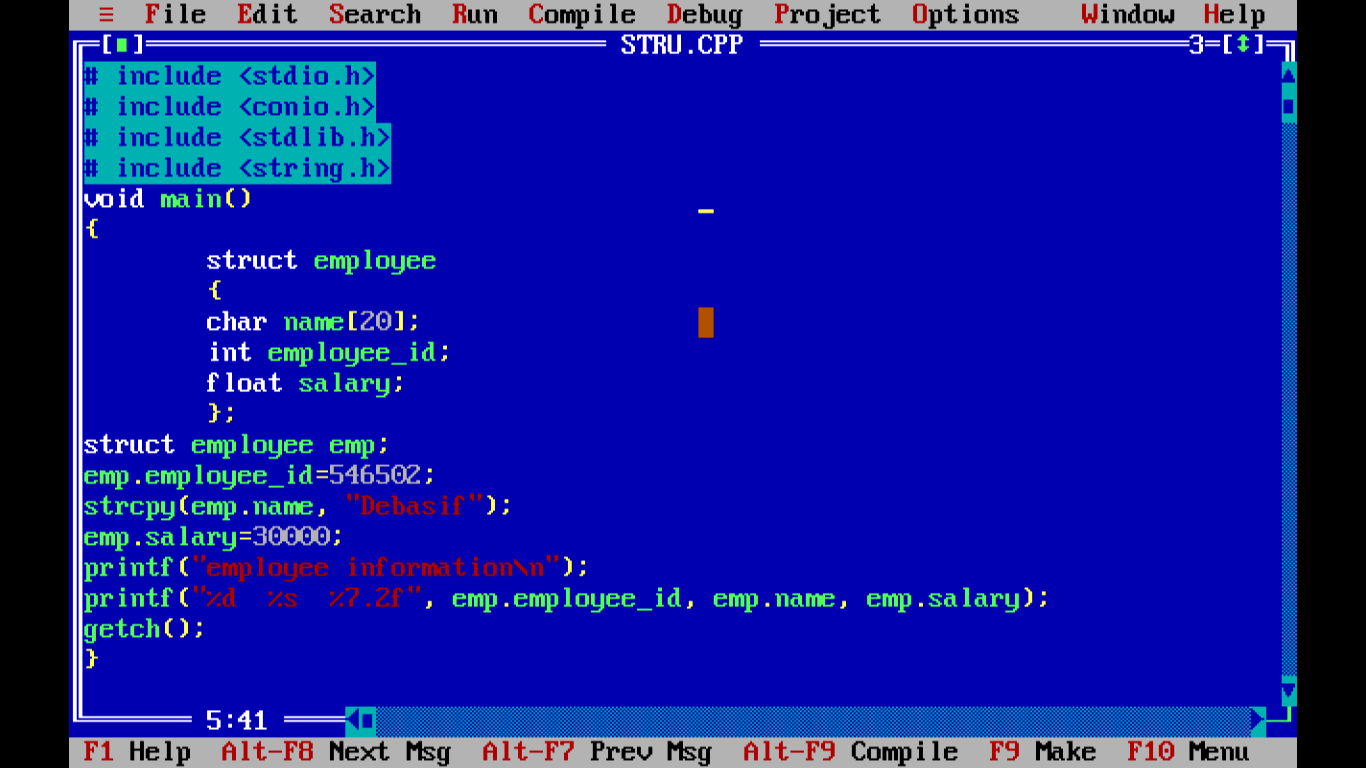 After compiling programs looks similar as in the following snapshot: 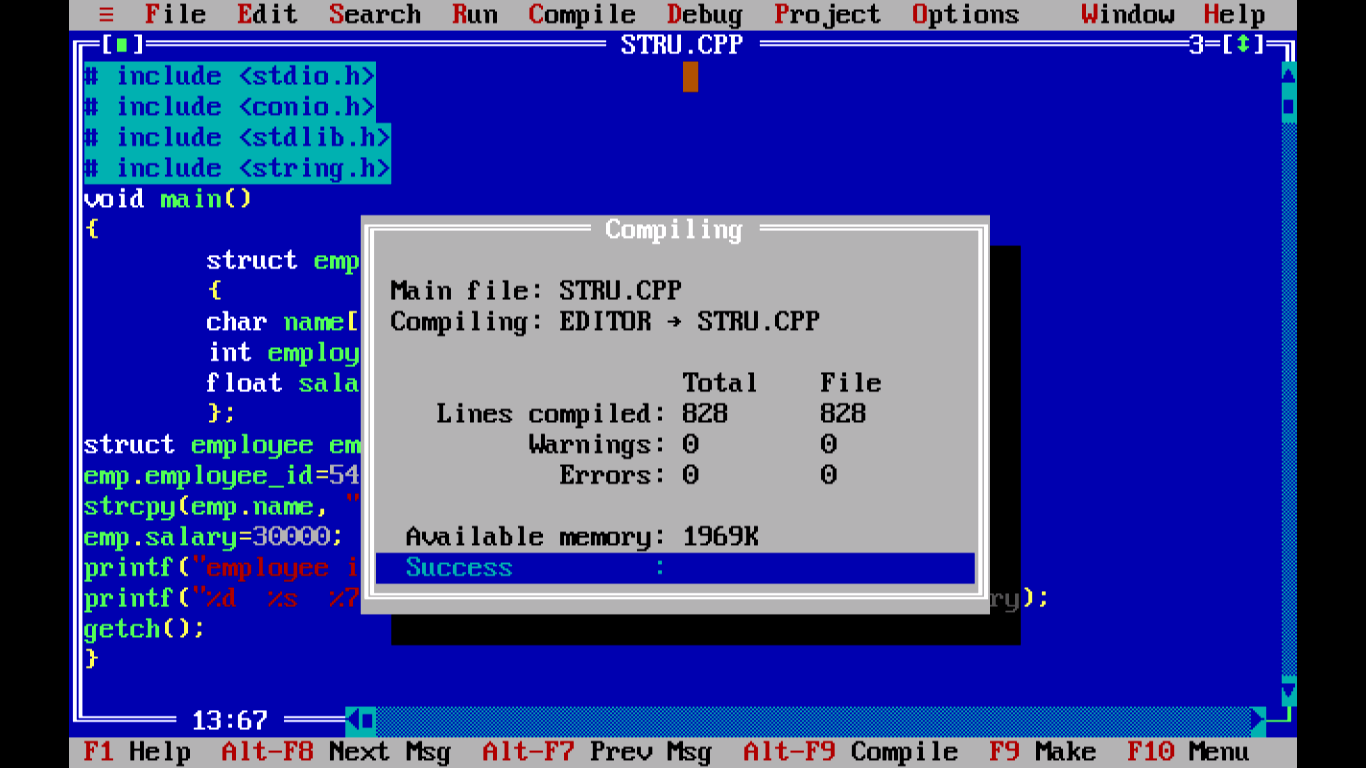 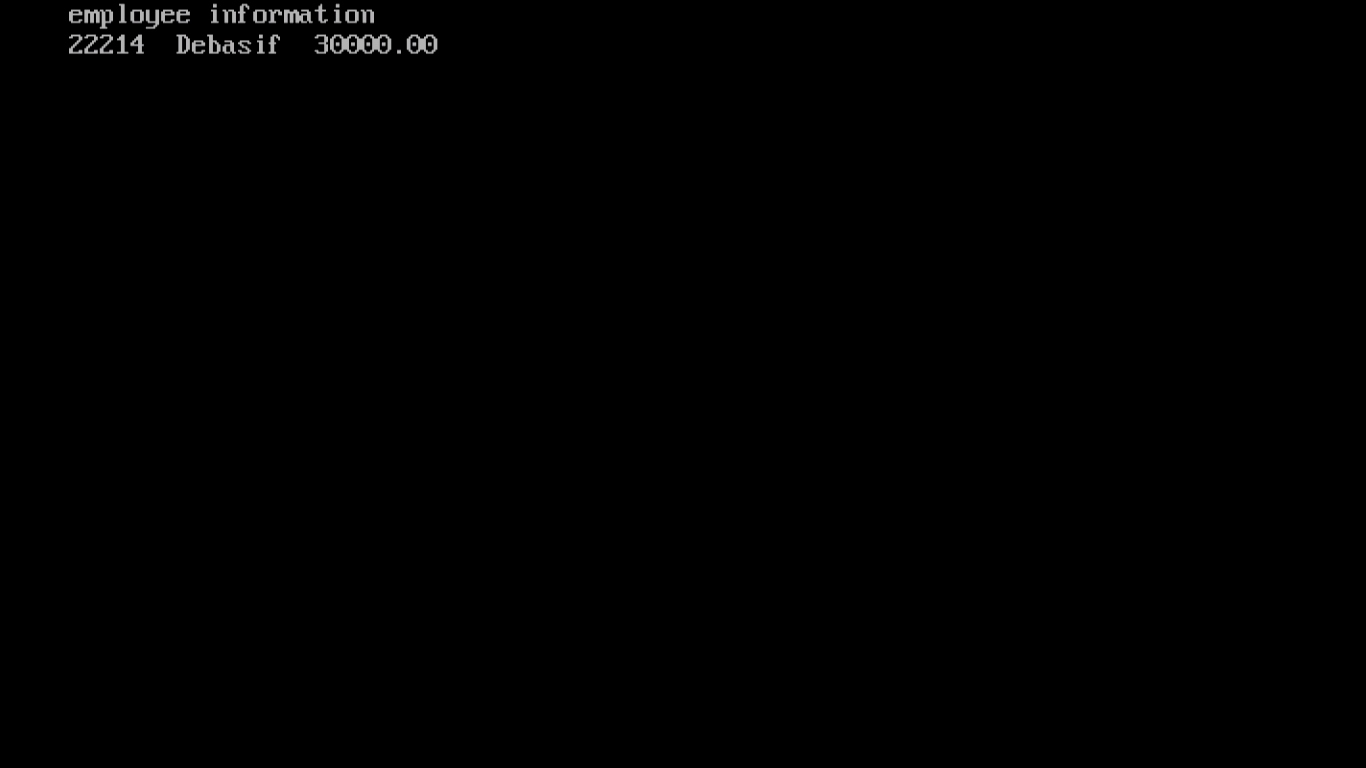 With this, we conclude this chapter. Next chapter will introduce unions and enumerated data types. Thank you.