Note: You need to have a real Mac system or a virtual Mac system setup in order to develop iOS apps. As already mentioned, iOS apps can be built only on Mac systems.

cd /Users/apple/Documents/MobileAppDevelopment/phonegap-2.9.0/lib/ios/bin (Make sure that you enter the correct path based on where you have the PhoneGap folder).

Next we have to use the ./create command to create an application. The format of the create command is exactly the same as that of Android app.

So, enter the following command in the terminal window. 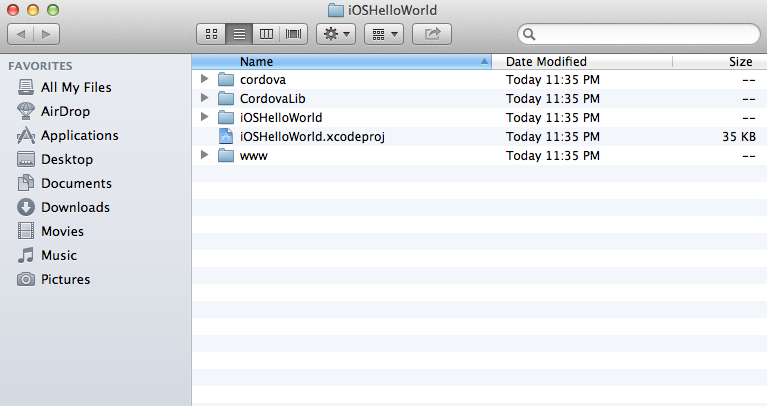 You could see a iOSHelloWorld.xcodeproj and some other folders including www. If you open the www folder, you could find that its structure is almost the same as that of the www folder we had in our Android project. The www folder contains folders like css, img, js and so on and files like index.html. For iOS apps as well, index.html is the main file that needs to be modified to alter our app.

Next we have to run the application. For this, select a simulator from the list like this: 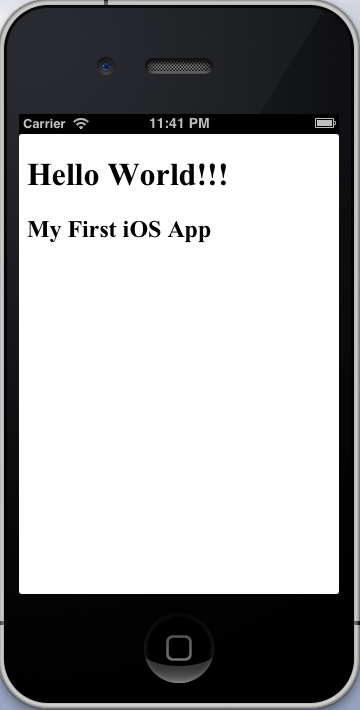 Now we have created two simple mobile apps, one for Android platform and one for iOS devices using PhoneGap. You might have now noticed that the index.html files of both the Android project and the iOS project contains the same kind of code. The only difference is that both the projects are opened in different platforms, Android project in Android Development Toolkit (Eclipse) and iOS project in XCode environment.

As we proceed, we will learn how to develop more complex and useful apps using PhoneGap.