The lists of operators that have been defined as relational operators with detailed explanation are mentioned in this chapter.

In the above diagram, the black colored rows represent the extracted rows from the relation by using the operator.

Consider an example of STUDENT table. It has attributes as ROLLNO, STUDNAME, AGE and GENDER.

The following table describes the columns of the STUDENT table.

The condition is to extract the tuples whose age is more than 25. The following table describes the relation.

In the diagram, the black colored represent the extracted columns by using the project operator.

User can use the PROJECT operator it select some Age and STUDNAME from the STUDENT table. Apply the operator on the above mentioned STUDENT table. The output is as shown below: 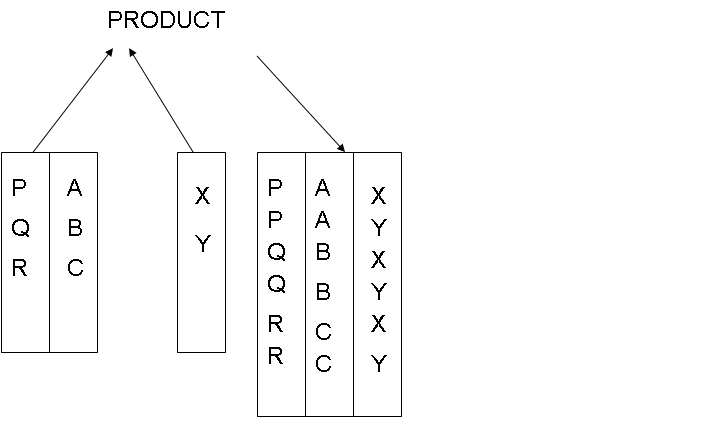 The following table lists the product of the TEACHER and BATCH tables with all the possible combinations of their tuples. 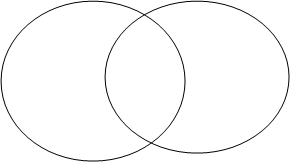 The following table shows the union operation on table A and B. 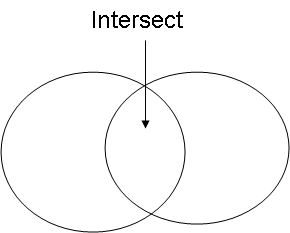 The divide operator takes two relations and builds another relation consisting of values of an attribute of one relation that match all the values in the other relation. The following diagram shows the working of the operator. 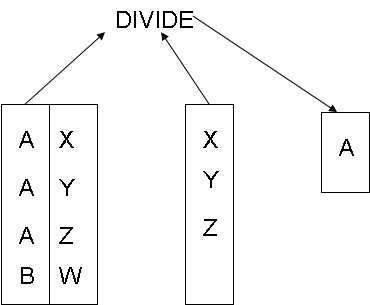 Consider an example of STUDENT. It contains the attributes as NAME and COURSECD. There is another table as COURSE, containing COURSECD attribute. It is common attribute in both the tables. Applying the divide operator on both the tables, the result will be the matching values of the relation, COURSE. 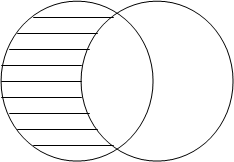 The following set of tables shows the difference operation on tables X and Y.

The join operator builds a relation from two specified relations. The relation consists of all possible combinations of tuples, one from each relation that satisfies the specified condition. The operation requires a common attribute. The following diagram represents the join operation.

Consider an example of two tables as X and Y. Table X contains roll no and course codes. Table Y contains ID of teachers and the course code they teach. The join operation on these tables is as shown below: