In 1897 Gugliemo Marconi was the first to demonstrate that it was possible to establish a continuous communication stream with the ships that were sailing in the English Channel, by means of radio waves. Since then, the wireless technologies that make “on-the-move” communication possible for us have evolved remarkably. Today, facilitated by RF circuit fabrication and digital switching techniques, affordable high speed telecommunication has been largely deployed across the world.

Now, what is Wireless Communication?

Any transfer of information between points that do not have a physical connection, like wire or cable connection, would be WIRELESS COMMUNICATION. Therefore, when you talk to your friend sitting beside you, technically wouldn’t you be communicating wirelessly? But since we are Engineers, let us leave aside such naive cases and have some qualitative examples of wireless communication systems.

Components of a Communication System 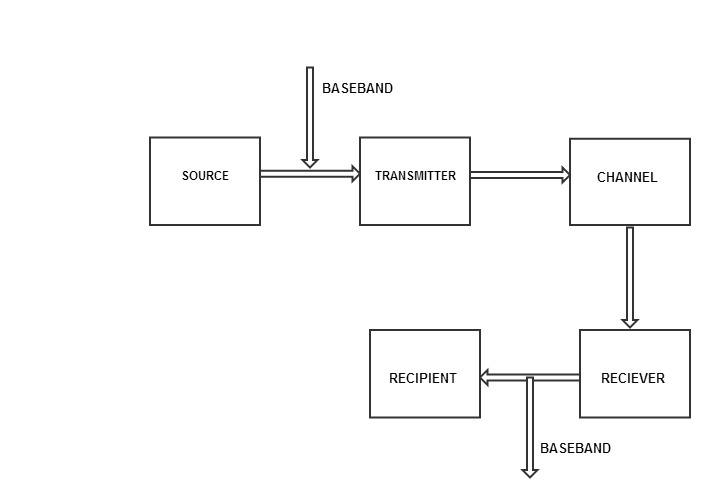 The channel is a medium through which the transmitter output is sent to the recipient. This in the wired system could be a wire, a coaxial cable, or an optical fiber. In wireless systems these are generally waves like IR or radio. At the other end of the channel would be the receiver. It would extract the information from the incoming signal received, by subtracting the baseband signal from it. The receiver output is the information that had come from the source, and this can be directed to the recipient.

Cellular Mobile Communication systems are wireless systems that divide a given geographical area into cells and use a large number of transmitters to communicate wirelessly within those cells. They provide mobility to the user within the cell, and when he/she moves from one cell to another, a ‘hand-off’ mechanism takes care of continuous connectivity. Therefore cellular communication ensures connectivity with a single network over a large geographical area.

Over the years, we have seen remarkable growth of cellular communication over radio. With ever increasing subscriber base and limited radio resource, providing quality telecom services became difficult. These issues led mobile service providers to research into technologies and  improve the quality of service and be able to support more users in their systems. Therefore Cellular communication has been continuously evolving into newer forms. Here’s a brief look into its journey from 1G to LTE.