A plug-in can be delivered as a jar file. A plug-in is self-contained bundle in a sense that it contains the code and resources that it needs to run for ex: code, image files, resource bundles etc. A plug-in is self describing - when I say it is self describing it means that it describes who it is and what it contributes to the world. It also declares what it requires from the world.

A Mechanism For Extensibility 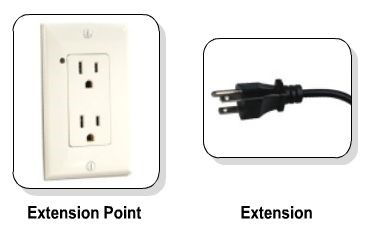 Now that we have covered good amount of architecture basics, its time to get our hands dirty with some actual plug-in coding. The process for creating a plug-in is best demonstrated by implementing a plug-in on which discussion and examples can be based. Here we will take a step-by-step approach to create a simple but fully operational plug-in. This example will try to give you an feel of eclipse plug-in development. However, don’t try to grab all the details at this point. It is fine if you are not able to understand much of the details in this example. Rest of the tutorial will cover all the topics in great depth.

We will build a simple Resource Manager plug-in. Features of this plug-in are as follows:

Note: All Examples in this tutorial have been implemented using Eclipse version 3.1.2 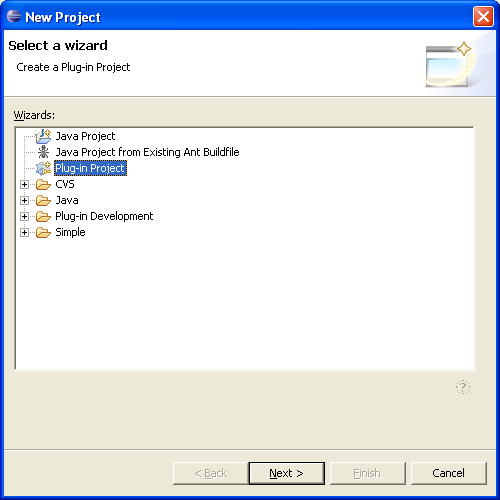 4. On next page of the wizard (see Figure 1-9), enter the name of the project "com.myplugin.rmp"

5. Fill in the other fields as shown and then click the Next button. The next wizard page displays options for generating plug-in Java class. Fill all the fields as shown below. Do not fill anything in classpath field - This has been removed in eclipse 3.4. Plug-in Activator is required if we want to do anything on plug-in start up or shut down. For example we want to acquire some resources at plug-in start up and perform clean up when plug-in is shutdown. It is important to note that Eclipse startup does not essentially means that your plug-in is starting up. Plug-ins are loaded/started only when they are demanded or required. So activator is used when plug-in startup/shutdown happens. 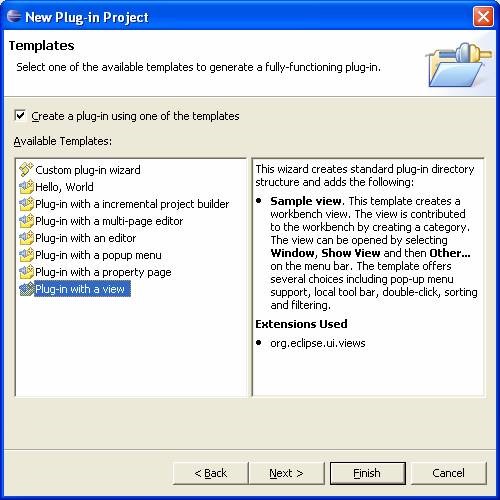 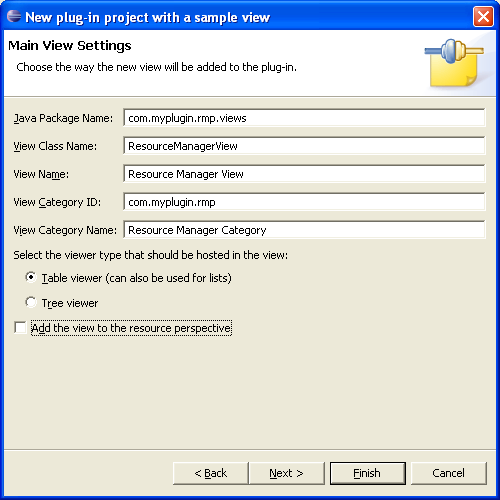 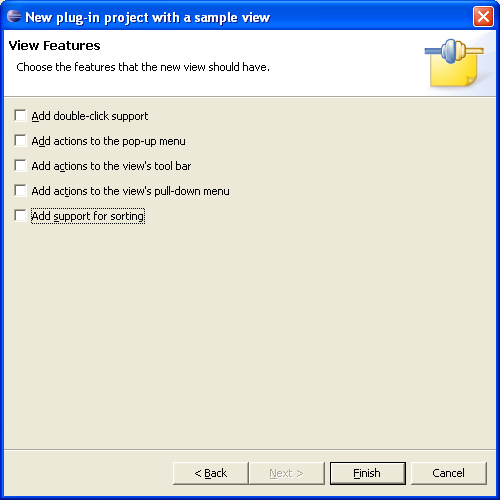