What is a Schema?

A schema is a collection of database objects that include views, indexes, tables and synonyms. The schema is designed based on the requisites of the project. The star schema, snow flake schema, galaxy schema, and fact constellation schema are the main schemas according to which a data warehouse can be designed.

A dimension table consists of two columns, primary keys referencing the fact table and textual or definitive data. The dimensions are listed below:

A dimension consisting of various unrelated attributes is a junk dimension. This is created to prevent a large number of foreign keys in a fact table.

A dimension record might not be available or ready when loading a fact. This can be solved by generating a surrogate key with Null for all the other attributes. This attribute is regarded as an inferred dimension

Facts consist of measures that are numeric values and additive or semi-additive in nature.

Facts that can be aggregated through all the dimensions in a fact table are known as an additive fact.

Facts that can be summed up for some of the dimensions in the fact table but not the others are semi-additive facts.

A fact that cannot be summed up for any of the dimensions present in the fact table is a non-additive fact.

A fact that contains no measures or facts is known as a factless fact table.

Star schema is one of the simplest schemas in a data warehouse. 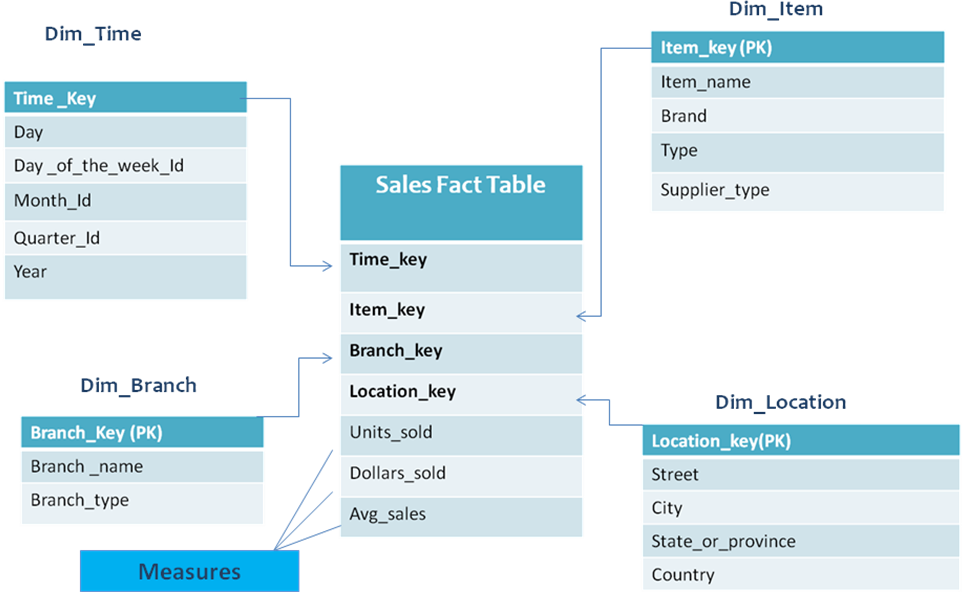 Advantages of a Star Schema

A snow flake schema is complex data warehouse model than a star schema. 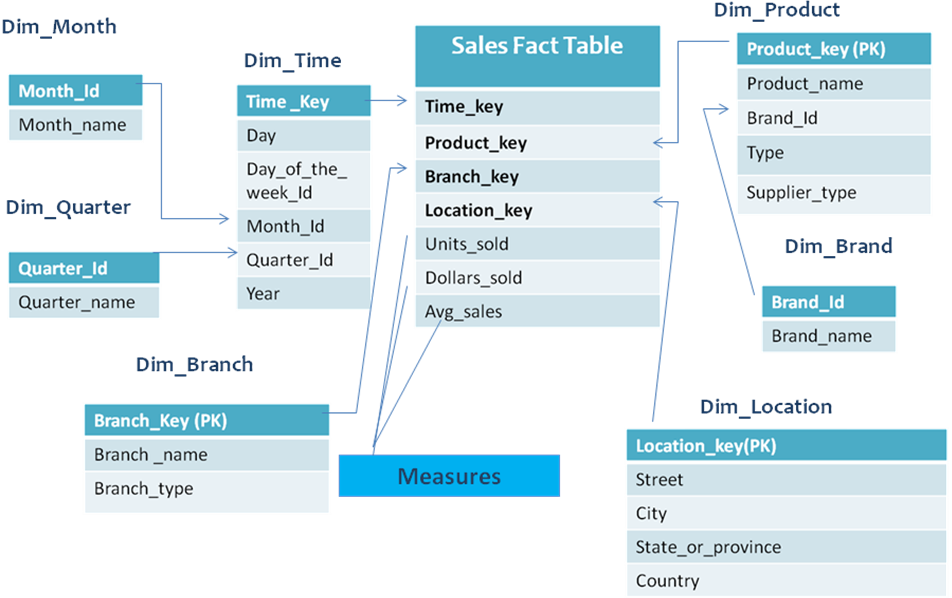 Advantages of a Snow Flake Schema

The fact constellation schema is an extension of a star schema. 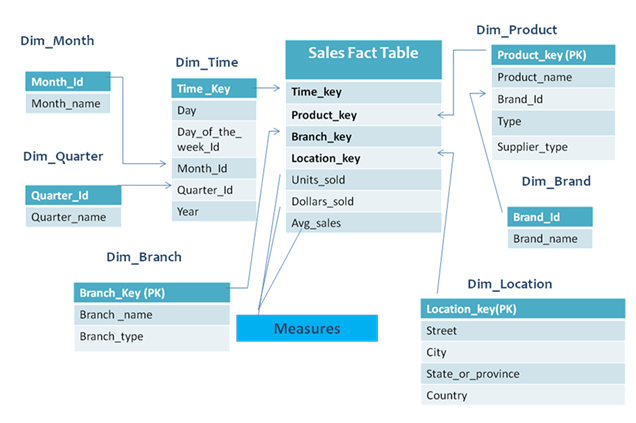 Advantages of a Fact Constellation Schema

Disadvantages of a Fact Constellation Schema

Surrogate keys are integers that do not have a specific meaning in terms of business and used a primary key in a dimension table. It is because of this reason that surrogate keys are often known as meaningless keys

Why do we need a surrogate key?

Benefits of a surrogate key?

For example, people change their name due to several reasons. In order to know their names during a specific period of time we need to incorporate a slowly changing dimension

For example, in the year 2013 the price of the product changes to $2000, then the values of the product price and year needs to be updated to the new values.

For example, the latest update to the changed values can be seen. A new column is added to track the changes. We can see the current and the previous price of the product

Role of SCDs in a Data warehouse