This chapter is going to introduce Strings. You are already aware of basic definition of strings as a sequence of characters. Strings can also be considered as a special type of array. We can say an array of characters is apparently known as strings. It is a one-dimensional array. This character array is terminated by null ('\0). Character in an array occupies one byte of memory. Last character is always '\0'. This special '\0' is known as Null character. Please make sure '0' and '\0' are not the same thing. Suppose you have the following string:

Logically if we think this null character informs function that this is the end of sequence of characters which is to be considered as one string. There is a very simple way of string initialization where you do not have to explicitly represent null character to mark end of string. Here null character is automatically inserted and format is as follows:

Usually, we have two types of strings and they are:

Fixed-length string is a type of string where length of string is fixed. We are aware of the storage requirement. No matter how many characters constitute the string, the space is fixed. Length of string cannot be changed, once defined. And spaces are usually added towards the end of string and they are apparently considered as non data characters. There are some disadvantages related to fixed length strings. For instance, if you have a large string and you have reserved smaller space then larger half of string will not be stored. In contrast, if you have a small string and you have reserved larger space then limited memory is wasted. Not only this, once defined, length of string cannot be changed. To solve these problems we have variable length strings.

Variable-length string is a type of string whose length is unknown as the name suggests. Storage container contracts and expands according to requirement of string length. But there has to be way to indicate the finish signal to compiler and for that purpose we have two general approaches and they are as follows:

When we talk about length controlled string then as the name suggests, length information of string is stored as part of string. This information is stored as first byte and this is used as a counter. We can have any length of string which is in between 0-255 range. For example, “debo” strings would be stored as follows:

In this scenario, there is one disadvantage and that is a if you have 4 byte length string as in the above example we will have one extra byte long string as length information is also a part of string so a 4 byte long string is actually going to occupy 5 bytes so this a sort of demerit when you have limited space and long strings to store. So we have one more option and that is delimited variable length which has a delimiter. Delimited string is the one which has NULL as the delimiter.

We are already aware of formatted and unformatted input/output so we shall move to string handling functions directly.

6) String containing character, strchr(str1,c): This function finds the first presence of character, c from the beginning of the string, str1 and then  returns pointer which points to the character if it is successful. Otherwise it results NULL value if function fails. Format of this function is as follows:

Let us consider an example program to understand the working principle of strings in C. 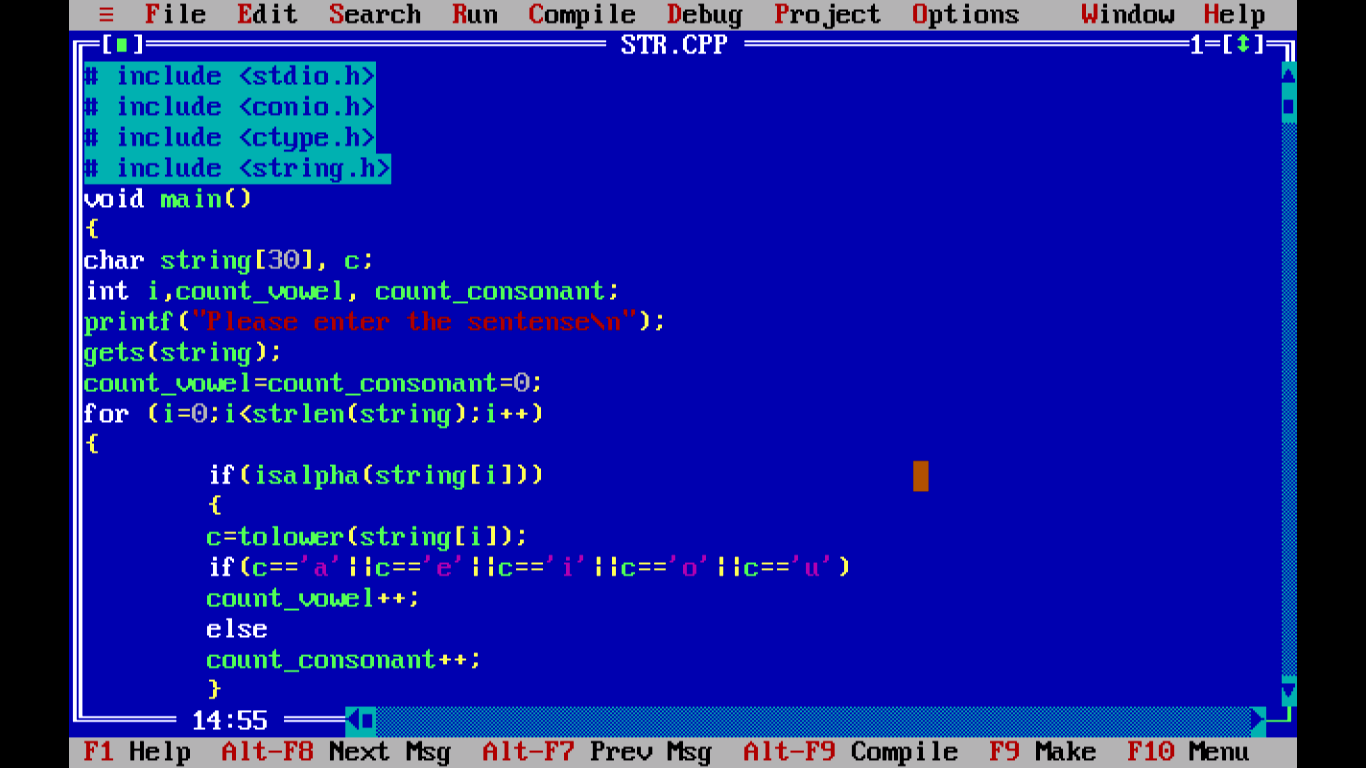 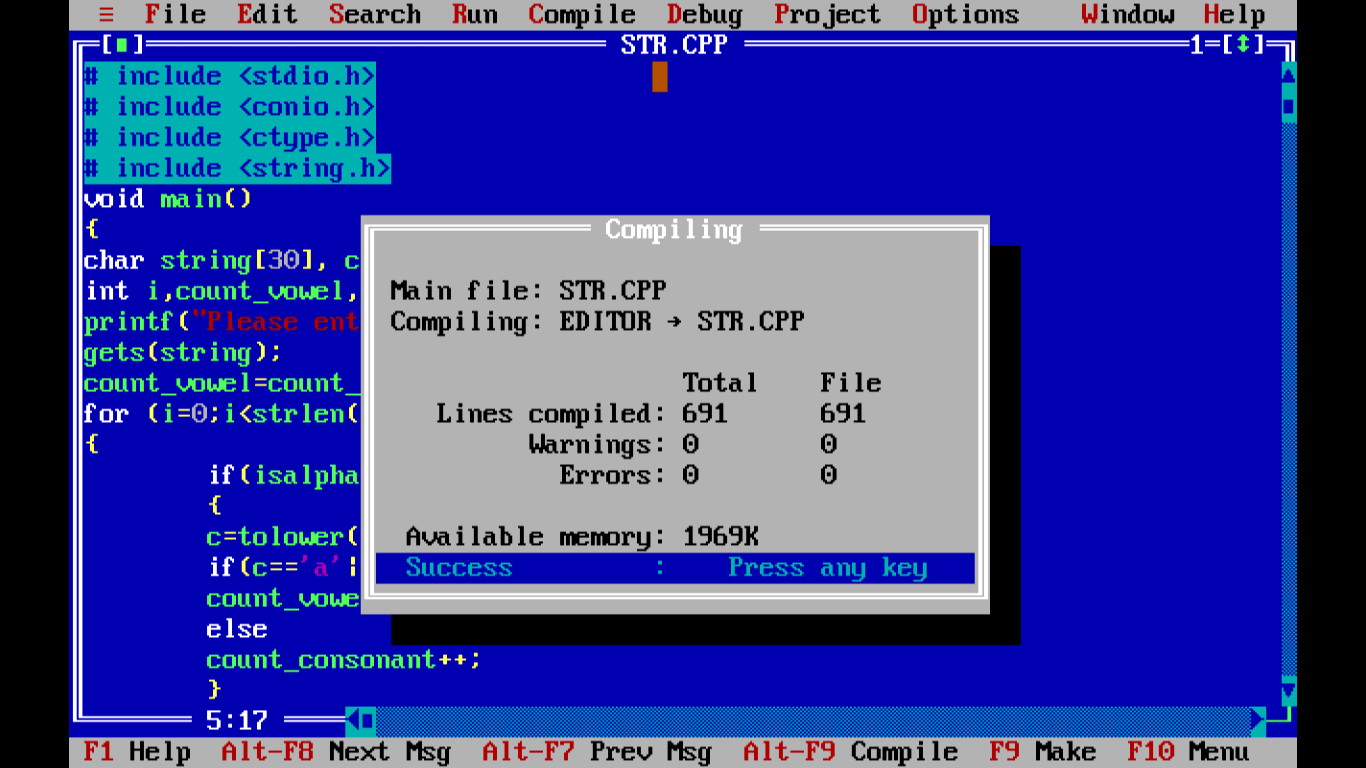 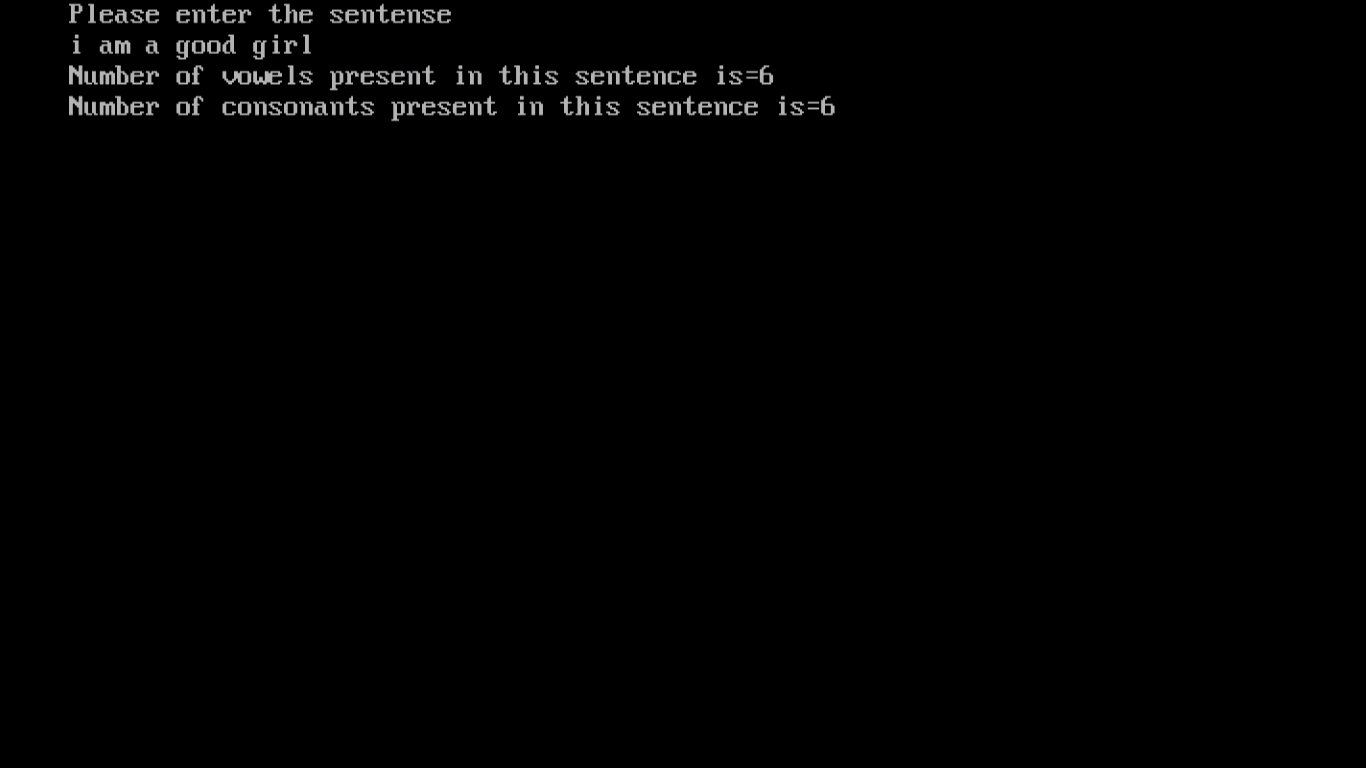 Folks! With this we conclude strings. Next chapter is going to introduce structures. Thank you.