This chapter introduces typedef format of C language. This is a simple topic. Type definition (typedef) is a keyword which helps in creating new name of data type. This usually adds to readability of program. We can have short declarations instead of complex jargons. Let us study in detail about typedef.

typedef keyword is used in C programming language to create a different or new name/names for an already existing data type.

These new names are called user-defined data types. Format of typedef is as follows:

newname_1, newname_2 are the new names created for the existing data type datatype

Let us consider an example to make things crystal clear.

float is one of the basic data types

As we are already aware of the fact that after defining, next step is to declare them so let us do it now.

Let us consider the above typedef and learn the usage of typedef. Consider the following declaration:

By the usage of user-defined data types, above declaration can be modified as follows:

Program will looks similar in editor as in following snapshot: 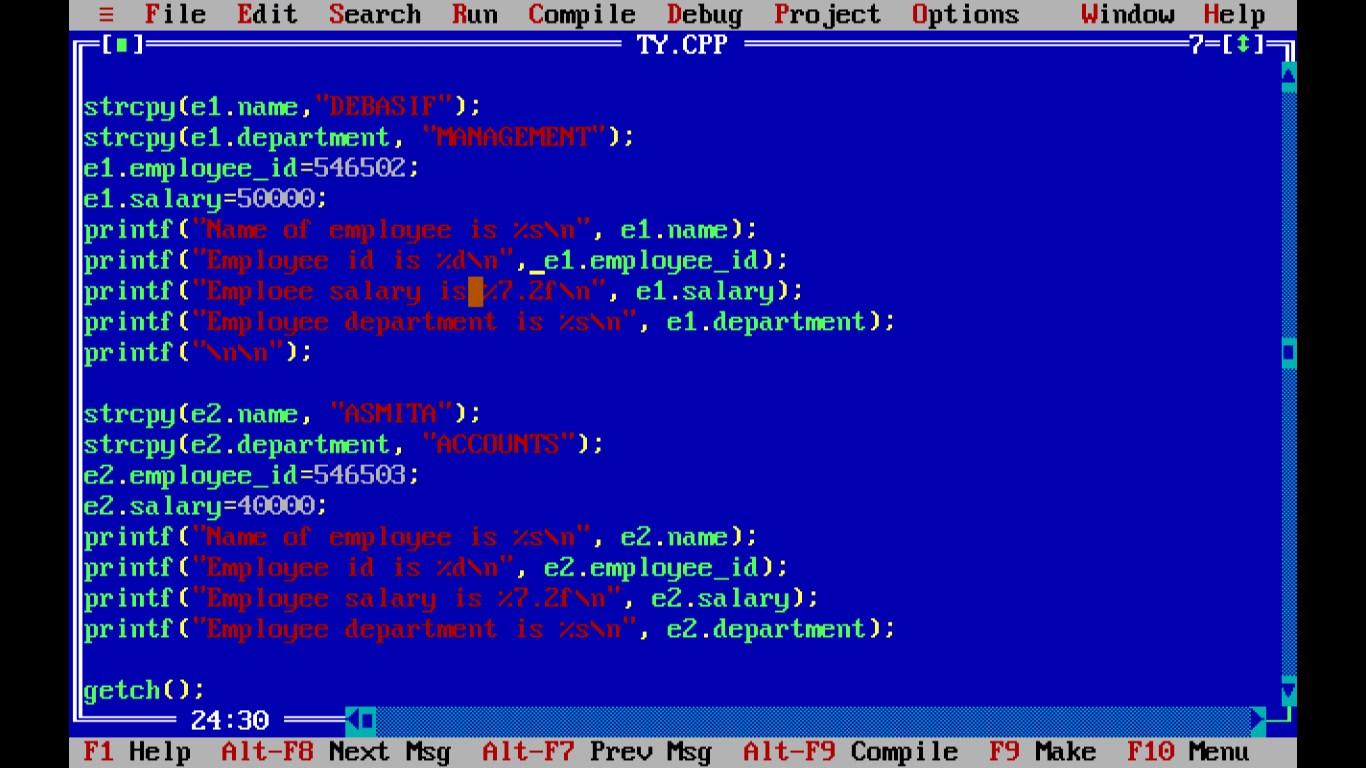 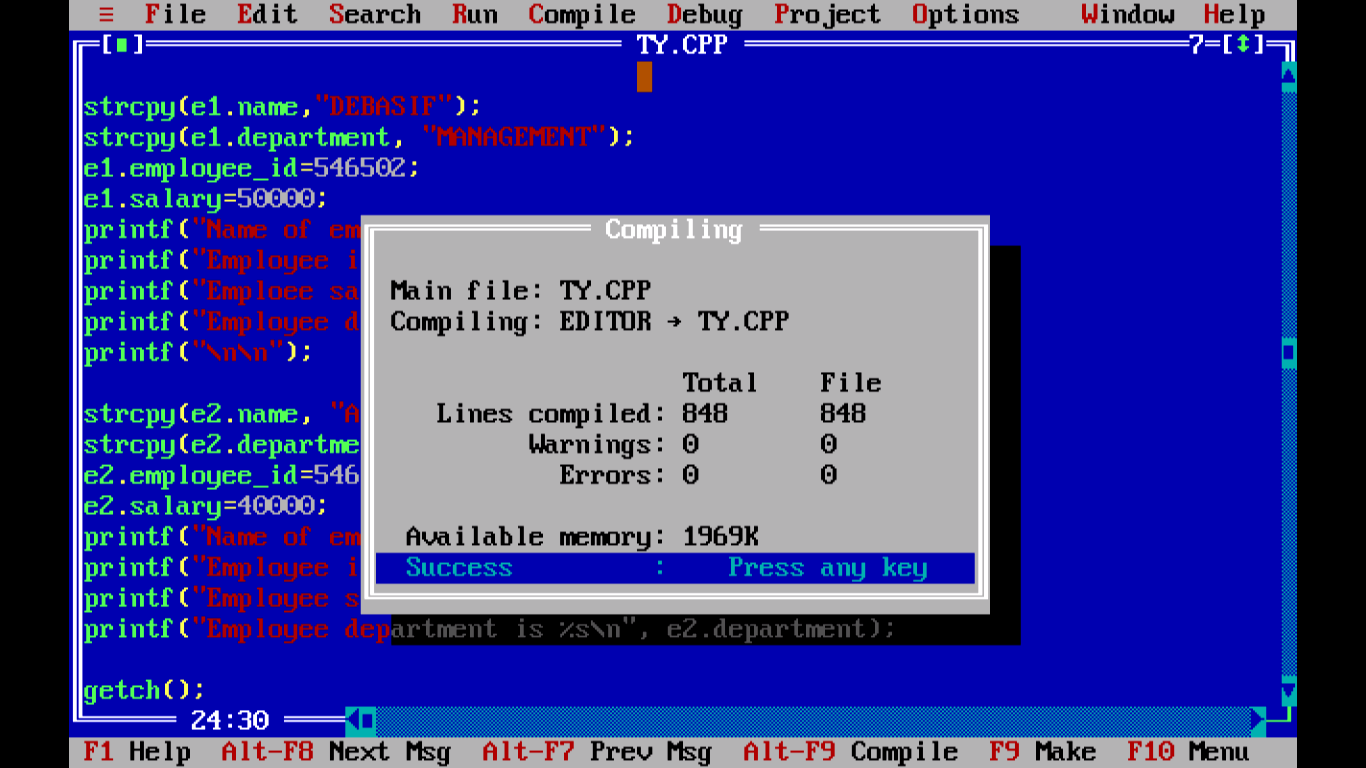 Figure -  Program to demonstrate typedef after compiling
Output of program will look similar as in following snapshot: 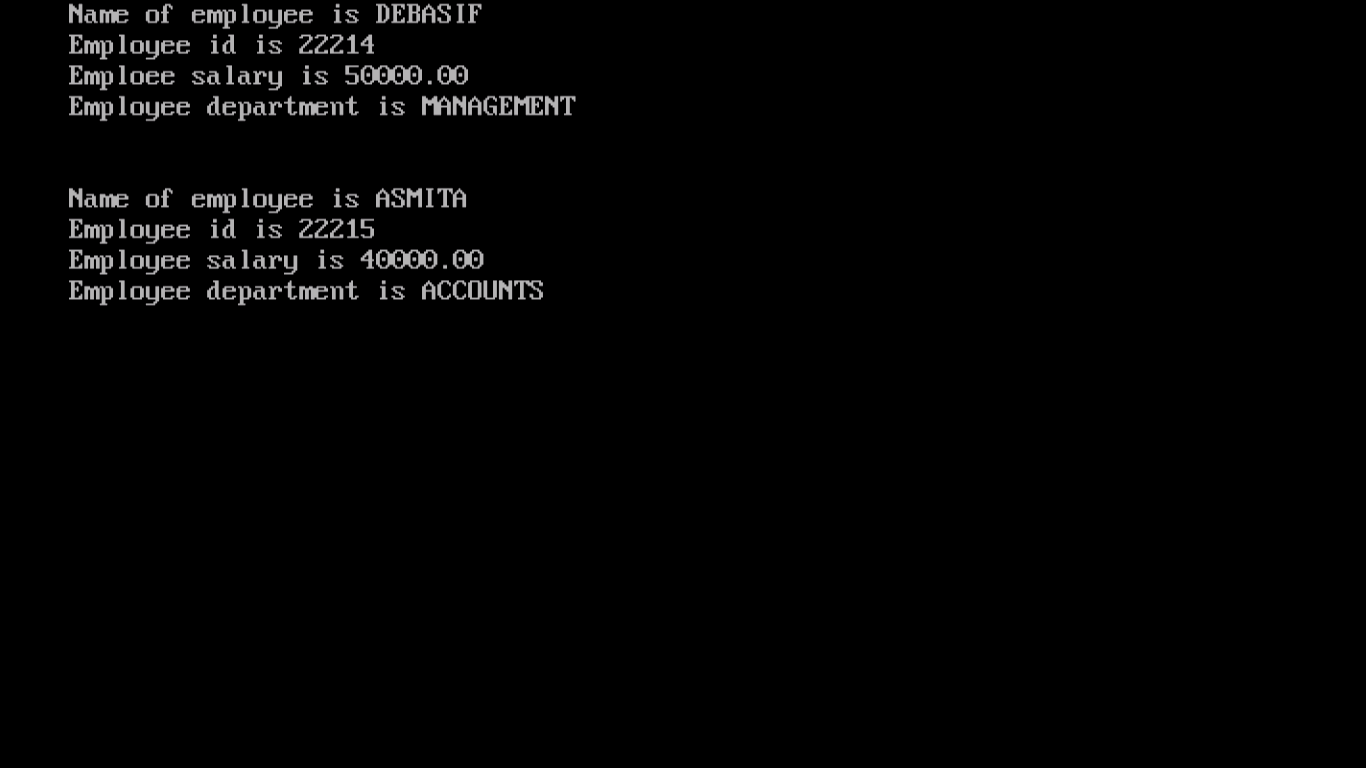 We conclude chapter with this and next chapter will introduce typecasting. Thank you.