This tutoria is a brief introduction to Android threads and processes. These two concepts are very important, not only from the point of view of android knowledge but also from the perspective of general programming and computer science knowhow. Thus, this is going to be theoretical session.  Let us not waste time and focuson topic as we have a long way to go.

A thread is the smallest unit of processing which can be managed by the CPU scheduler. Generally, threads are contained in a process. Thread is a friendly guy when it comes to point of sharing resources with other threads i.e., threads belonging to same process can share their resources even the operating system resources. A thread has its own ID, a program counter, a register and a stack.

You might be thinking what is a program counter, register and stack!! Don’t worry, we will review them.

Usually, a thread is contained in a process. There can be multiple threads in a process. Threads facilitate concurrency or multi-tasking in operating systems. For example, Word may have one thread to display graphics and other for checking spelling or grammar mistakes, etc. A process can contain single thread or multiple threads. Let us see the difference between two of them.

There are many benefits of threads. Let us check out some of them:

Thread library provides an API for creating and managing threads.  There are two ways of implementing thread libraries. They are: 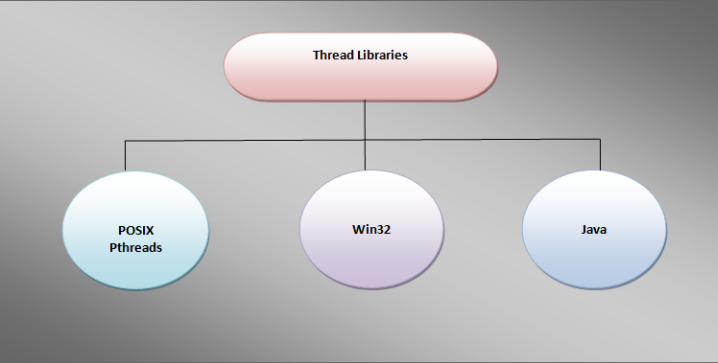 The reason behind this whole discussion was because of the fact that threads are an inevitable part of android development.

We shall study about threads in detail in upcoming chapters. Now let us move to next topic i.e., Processes.