Android Service is already introduced to you in previous chapters. Service is an Android application component which doesn’t provide the user interface. They perform long running operations in the background. Android Service can take two forms: Started and Bound. We already know these things and now it is high time we knew a little more about the more concepts.

Service is initiated by android application components and thus service can take any of the two forms as shown in the figure below. They can also be combined. They can be started and then bonded and in that case we have to implement proper couple callback methods, i.e., components need to call onStartCommand() method to start service and then onBind() method to initiate binding.

Let us study them separately, one-by one so that things are clearer to you: 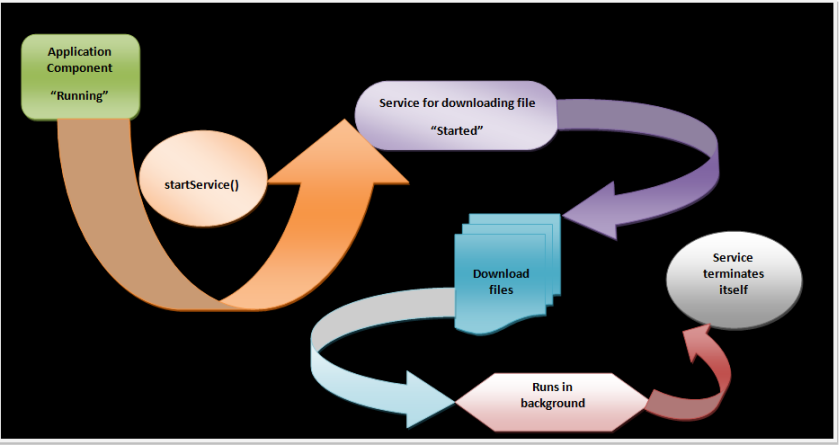 Components of different applications can be a part of your service. To implement privacy it has to be explicitly declared as private in manifest file. This is just like blocking unwanted people on facebook. It’s fun, trust me.

Now it is recommended to create a separate thread, if you want your application to do something only when user interaction is required by the application like your music player. It is so as a service always runs on the main application thread which may raise the Application Not Responding (ANR) errors very often, which in turn, disturbs the working of other activities. 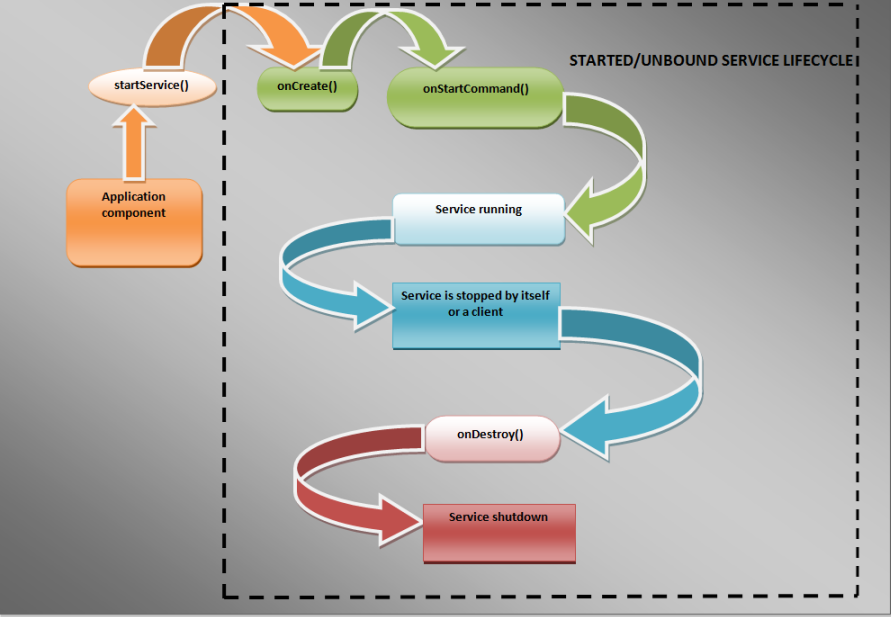 This service is created when a client component calls the bindService() method. There is an interface called IBinder through which client communicates with the service. The communication connection is terminated as soon as unbindService() is called. Multiple clients can bind to the same service. System destroys service as soon as all member components unbind. Unlike started service, stopSelf() method is not required. Let us see the life cycle path of a bound service. 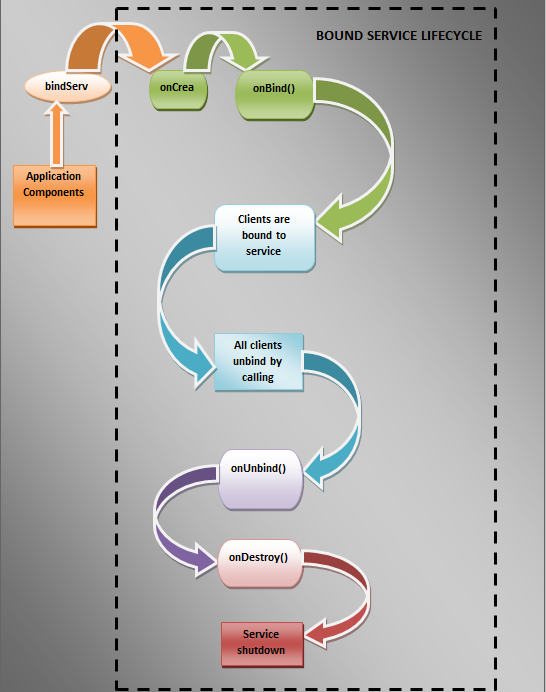